What Keeps Students Motivated to Learn?

Educators have lots of ideas about how to improve education, to better reach learners and to give students the skills they’ll need in college and beyond the classroom. But often those conversations remain between adults. The real test of any idea is in the classroom, though students are rarely asked about what they think about their education.

A panel of seven students attending schools that are part of the “deeper learning” movement gave their perspective on what it means for them to learn and how educators can work to create a school culture that fosters creativity, collaboration, trust, the ability to fail, and perhaps most importantly, one in which students want to participate.

Project-based learning is the norm among these students, but they also have a lot of ideas about what makes a good project work. Students want projects to be integrated across subjects, not separated by discipline. “When it’s integrated, each student can find something they like and everyone can get into it,” said Erina Chavez, a junior at High Tech High North County. “I love when projects are integrated so you can find so many different aspects,” said Daniel Cohen, also a North County junior.

“Treat students like adults. If the students feel like they’re worth it they’ll act more like adults.”
Students described an integrated biology and art project that asked them to research the origins of a disease that had significance for them, and to create an art project around it. They took drastically different approaches to researching an illness that ran in their family — from interviewing family members about the experience for a video, to investigating whether stubbornness is genetic.

At first Chavez wasn’t excited about the project, but she ended up enjoying it because she loves art. “All of us found our own solution to the problem and our own answers with the guidance of our teachers,” said another North County junior Paris Gramann. “It was a struggle because we didn’t really know where we were going, but I always find those are the best ones.”

Students were also excited that this project resulted in a real product that they could display. Their work was recognized and displayed at the University of California at San Diego art gallery. “It got really real at the time it moved up to the exhibition,” said Chavez. “It wasn’t something we were just turning in for a grade, but it was something that we could do well and beautifully.”

Middle school students also appreciate those projects where different subjects are integrated. High Tech Middle Chula Vista seventh grader Ana de Almeida Amaral described an integrated humanities and math/science project, when students read Sherlock Holmes, wrote their own versions, and became experts in one aspect of forensics. Together they created a crime scene in their classroom and then taught everyone assembled about a part of the forensics process through a stop animation video.

Students like to know why they’re learning something and they want to access that information through a lens that interests them. “If teachers give broad guidelines for the project and then have students do something they’re interested in it will bring students along the whole time,” said Gramann. “Treat students like adults. If the students feel like they’re worth it they’ll act more like adults.”

Projects can often last for several weeks, so students need motivation to stay engaged and committed to deeply engaging a topic. Authentic choice is one aspect of allowing that to happen. Students on the panel described real choices they make about their education on a daily basis, from which book they’ll read in Humanities to the different topics they want to research. And even though these students sound like natural learners, many of them haven’t always been. They need teachers to show them why they should care about each learning goal.

“If you really let them know, and use real life problems, it will help them understand it and they will feel like it’s worth doing,” said de Almeida Amaral. “The biggest thing that’s necessary is making sure the projects connect to the students,” said Gibran Huerta, a junior at Envision Academy in Oakland. “Teachers tend to give projects and benchmarks and create topics around things that students don’t really connect to.” He was adamant that learning how to connect a topic to oneself is the key to learning. “Throughout middle school you have to develop skills of how things connect to yourself,” he said.

“If you get hands-on and they’re really interacting with what they’re doing, it’s really helpful,” said Trey Lewis, a junior at North County. He’s had teachers that lecture a lot and much prefers doing the work to being told about it. He says it also adds a challenge since most hands-on projects at High Tech High North County are group projects, requiring collaboration, a leadership skill that all students agree isn’t always easy.

“Collaborating productively is a leadership skill at this school,” said Dora Aguilar, a junior at City Arts and Tech, part of the Envision network. She says that while it can be hard, it can also be very rewarding because working with other people allows her to see the project through the eyes of her peers. Other students talked about difficult collaborations too, emphasizing that it runs more smoothly if one group member agrees to keep everyone on track. They also said it gets easier over time as students begin to understand one another’s needs and motivations and can begin to operate as a cohesive group.

The number one thing that students on the panel said makes them want to try hard and succeed is knowing that teachers care about them and are part of the learning journey with them. “I am not the perfect student,” said Aguilar. “What really helped me was the teachers and staff here who showed me that they cared about me. Students can feel that.” She described hating math for most of her life until a good teacher described what she could do with strong math skills in the future. “It got me motivated to learn more and I showed my potential as a student, which I never knew I had,” she said.

Every student reiterated that high expectations and strong support from teachers are crucial. “I feel motivated because the teachers make me feel worth it,” said Gramann. “I feel that I have responsibility and credibility.”

Cohen actually transferred out of High Tech High North County at one point, thinking the school model wasn’t for him. But he quickly came back. “The teachers really do care about us and I think that’s something that makes our school really unique and special,” he said. Others reiterated that feeling connected to school is important to them. “It’s that strong connection between teachers and students that makes students feel like they are at home,” said Huerta. Envision Academy only has 400 students and teachers know all the students by name, contributing to the feeling of “being known.”

Every student on the panel had a story of big failure on an important class project. But because the culture of their schools encourage them to learn from mistakes, they can clearly articulate what they’d do differently next time and even laugh about it. Lewis described a solar oven he made that was working great up until the day of the exhibition when it started falling apart. “When we have projects that go wrong last minute and we have to think on our feet and fix it, I definitely think that’s a mistake that’s going to help me in the future,” he said.

Cohen described presenting a project expecting his group mates to be well prepared and have the correct information. But one student’s research was faulty and Cohen hadn’t seen it until the presentation, putting him in a difficult position. “I know now to check over all my work, always revise, make sure all the work is accurate,” he said.

Project-based learning affords many opportunities for feedback both from teachers and from peers. “Some of the most meaningful feedback I’ve gotten is from students,” said Lewis. Students get used to giving and taking critique daily with each other and hearing it from educators as well. Their ease with it comes from practice and with the awareness that feedback isn’t the end of the process, it’s a part of improving their work.

One tip students offer to educators: When evaluating student work, frame feedback in terms of the learner’s goals instead of referring to the standards. “Goals are more motivating for students to hear,” said Aguilar. While the education policy world may be obsessed with standards, students don’t care about them. They’d rather hear how the skill connects to their lives and interests. 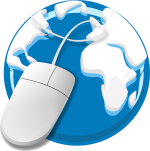